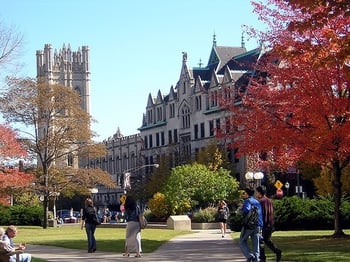 Are you a biotech or lab supply vendor interested in increasing sales in the Chicago area life science marketplace? If so, you have a great opportunity at Biotechnology Calendar, Inc.’s 1st Annual Chicago BioResearch Product Faire™ Event.

At this event, lab suppliers will network with post docs, lab managers, and purchasers currently active in various research departments at University of Chicago. UChicago life science professionals are among the foremost researchers in the nation in various fields of medicine and other life sciences, as reflected by their highly funded programs.

At the inaugural Chicago BioResearch Product Faire™ Event, lab suppliers can interact face-to-face with the active and well-funded researchers of the University of Chicago who are actively looking for new lab products for their ongoing projects.

There is still time to register for this premier event, taking place on Tuesday, October 6, 2015. Spaces are filling fast, however, so take this opportunity to reach a brand new marketplace at the University of Chicago.

To join the leading researchers and scientists from University of Chicago at this greatly anticipated biotechnology tradeshow event, click below:

If you’re interested in generating life science sales leads and would like to sell lab equipment at life science marketing events closer to home, we encourage you to view our full 2015 events calendar: