Though the word “photosynthesis” is less than 150 years old, modern society considers the process largely fundamental and simple. The truth is, though researchers make attempts to replicate and optimize photosynthesis, as we’ve seen UIUC researchers do, it is still not fully understood. The puzzles behind the inner workings of photosynthesis have caught the attention of biophysicists at the University of Michigan, Ann Arbor, and have led them to unravel some of the mysteries in order to enhance the effectiveness of artificial photosynthesis methods.

The process of photosynthesis begins with light triggering molecular vibrations. These vibrations are violent enough to shake electrons right off of atoms, a phenomenon known as charge separation. Charge separation creates a large amount of energy, which is converted to food in biological photosynthetic systems. In artificial systems, this energy can be converted to electricity or biofuel. 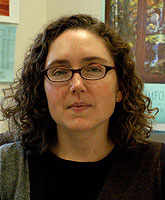 The problem that artificial systems have is maintaining high levels of charge separation in order to obtain a constant source of energy. As U-M professor of biophysics Jennifer Ogilvie puts it, "In artificial materials, we have lots of great light absorbers and systems that can create charge separation, but it's hard to maintain that separation long enough to extract it to do useful work.” Ogilvie and her team searched for the factor that allowed biological systems to do this and found their answer in an enzyme known as the photosystem II reaction center.

Using spectroscopy and ultrafast laser pulsing, the team was able to watch the transfer of energy, right down to the initial molecular vibrations. They found there was a certain rhythm to the vibrations that allowed charge separation to occur repeatedly and smoothly. "It's a bit like a bucket-brigade: how much water you transport down the line of people depends on each person getting the right timing and the right motion to maximize the throughput. Our experiments have told us about the important timing and motions that are used to separate charge in the photosystem II reaction center," Ogilvie elaborates in a U-M article.

Ogilvie’s next goal is to use the newfound understanding of charge separation to build a better artificial photosynthetic system. Funding for this research came from the U.S. Department of Energy, the National Science Foundation and the U-M Center for Solar and Thermal Energy Conversion, as well as the Research Council of Lithuania. For more detailed funding statistics regarding the University of Michigan at Ann Arbor, read on with our Funding Statistics and Vendor Show Info report:

Biotechnology Calendar, Inc. pays a visit to the University of Michigan each year for its Ann Arbor BioResearch Product Faire™ held annually. The next such show will be held exactly one week from today, on July 24th, 2014. Biotechnology Calendar is a full service event company that has produced on-campus, life science research trade shows nationwide for the past 20 years. We plan and promote each event to bring the best products and services to the finest research campuses across the country. If you are a university researcher or a laboratory product vendor, consider attending one of our on-campus trade shows; click below to reserve space at the Ann Arbor show or have a look at our 2014 schedule.